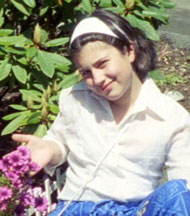 HI, My name is Chris... And my name is Lenny. So I hear you want to hear our story.
It starts like this:

So they went to phone their dad.

When he came back from work they went shopping. When they were waiting in line they saw a man. They started to talk with the man. Then Lenny & Chris's dad asked the man if he could baby-sit or move in with them. Lenny also told him about their mom. He understood their story and accepted to move in. After a week Lenny & Chris said that nothing could replace their mom. And that was right.

Then Lenny had a thought. She said, "Why don't we call our babysitter Mr. Mom?"
"Good idea," said Chris.

So off they went to ask their babysitter if they could call him Mr. Mom. He agreed.

They played and had fun for a month until he went to visit his cousin. Mr. Mom had a car crash. The bad news is he didn't survived. They went to visit him in the hospital before he passed away.

A week after Mr. Mom died they went shopping. When they were waiting in line they saw a lady. They helped her carry her bags to her car. Then they asked for a ride home. When they got there they invited her in for pizza. When they were inside they asked her if she could baby-sit. They also told her about their mom. She said that she would love to help. So she moved in with her little girl. Her name was Sarah. She was three years old. They played and had fun.

A year later Lenny & Chris's Dad got married with Sarah's Mom. A year after they got married they had a baby boy.  They named him Jack. When all the kids grew up, Jack became a doctor, Sarah became a babysitter, and Lenny grown to be a scientist and Chris became a mechanic.

Their life was perfect until...

Their parents started to feel sick.

So now we continue our story.

The Mom and Dad got really sick
"What could we do?" said Lenny.
"We should have taken better care of our parents!" said Sarah.

A few days later Jack made a medicine that would make sick people feel much better. So both of the parents held hands really tight and took the medicine.

One week after that the whole world started taking the Magic Medicine. They had to. It was a rule. All the bad people died and all the people came from haven and the world became such a happy place that no one died and it started to be called the world of happiness.